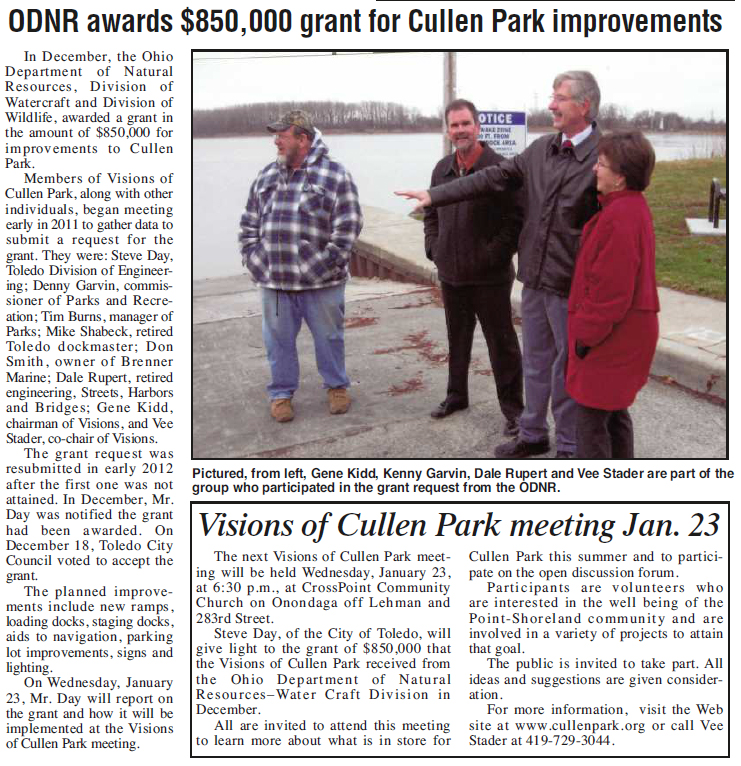 Published in the Point&Shoreland Journal January 22, 2013

On December 4th, we received the news that a grant that Visions of Cullen Park along with the City of Toledo, applied for was given to us by ODNR watercraft division!

The grant is for $850,000, which is for repaving the parking lot and changes in the launch/dock area. For more information and details of the grant, please plan on attending our next meeting, January 23rd, 2013.

This grant of $850,000 plus the grant to dredge the channel in 2o11 of $400,000 is a reflection of all the hard work and perseverance by the people from Visions of Cullen Park and City of Toledo, and show what can be accomplished in less than 3 years! The grants along with the “anchor”  and the “Entrance Way” projects this year, is showing the community that the “Diamond in the rough” is starting to give a glisten of sparkle!