Well, it was a long 4 1/2 months for all those sightseers that came by, including those “diehard” guys, the ones that kept all those benches warm, day-in day-out, so much so, that it was suggested that they should have the Post Office deliver their mail to Cullen Park!

I am sure it felt much longer for the crew who did the dredging. It was calculated that the crane dropped that clam shell  bucket into the water, rotated it over the barge, then opened the bucket, repeating that a minimum of  30,000 times!

We would like to thank Ken Socie of Wohlleb-Socie Co. and his crew for a very conscientious job – well done! Also for providing the opportunity to take photos of a life time for so many of us, thank you.

Ken, could you let us know where and when your next dredging job is, so we can post it here, because we think that all those “diehard” guys are probably having withdrawals, not knowing what to do with their time now days and will need to find your next dredging operation!

Now, it’s just a matter of time (spring), before the results of everyone’s efforts will be realized, a parking lot full of vehicles with empty boat trailers! also to see  a constant flow of  boaters, safely zipping in and out of that new channel, now not having to keep an eye on the water levels, for many years to come!

There hasn’t been this many people at Cullen Park, since it’s original dedication of July 19th, 1961

Below are pictures showing that last bucket being brought up from the bottom, then there’s those  faithful “diehard” bench warmers!

The agenda will include a revised mission statement

This Web site is divided in two sections:

There is also the “Links” column on the right side. Hopefully these Links will be informative to the first time visitors to the Cullen Park area and even residents for what is available locally.

For more information, please go to “Introduction” at the left.

Vee Stader, Gene Kidd and all of the us from the Visions of Cullen Park, would like to wish you a safe and Merry Christmas and a Hapy New Year!

We would like to thank all of you that have attended the meetings and participated in the various projects over the pass year, and are looking forward to another year of positive changes at the Park 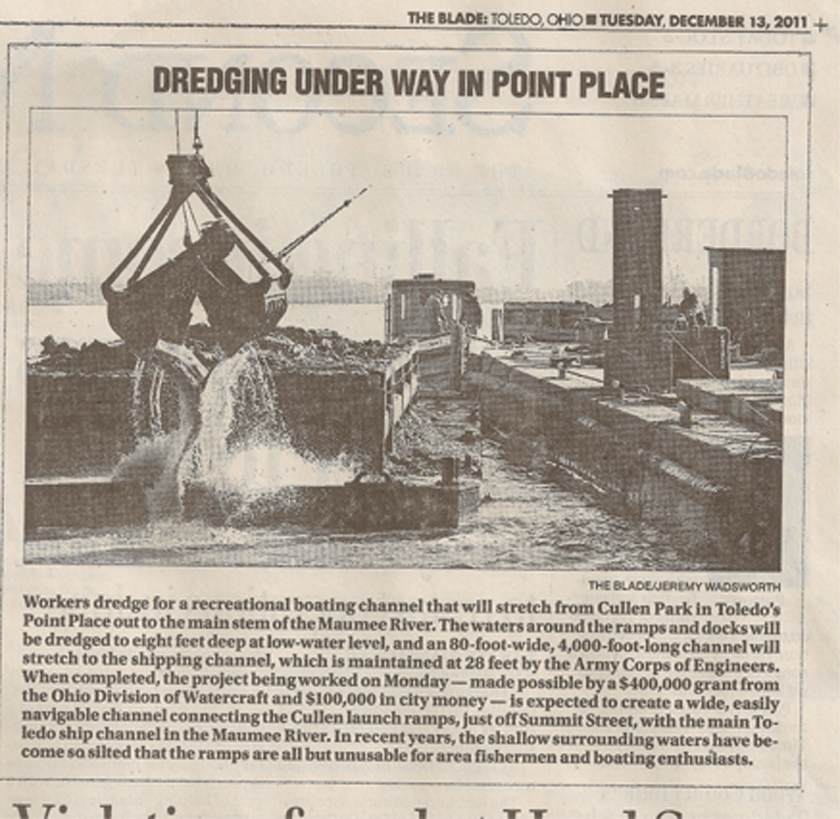 Here is a picture of the Dredge, as it is encroaching the shoreline  Wednesday, also note that the docks are out for the season!  City of Toledo took out the docks making room for the dredge, to get up to the ramps!

There are Christmas lights on the Toll Booth,

check out the picture below and then drive over to the park and check it out yourself! 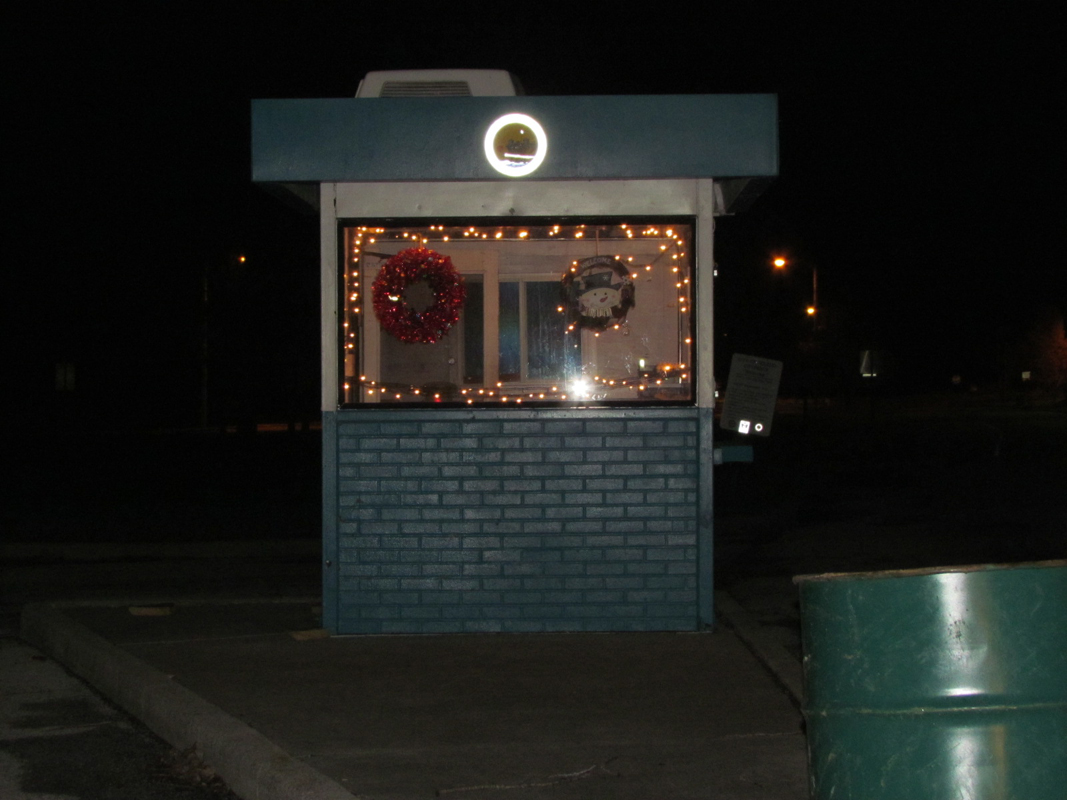 No, this isn’t real, just a Photo Shop picture for local duck hunters!